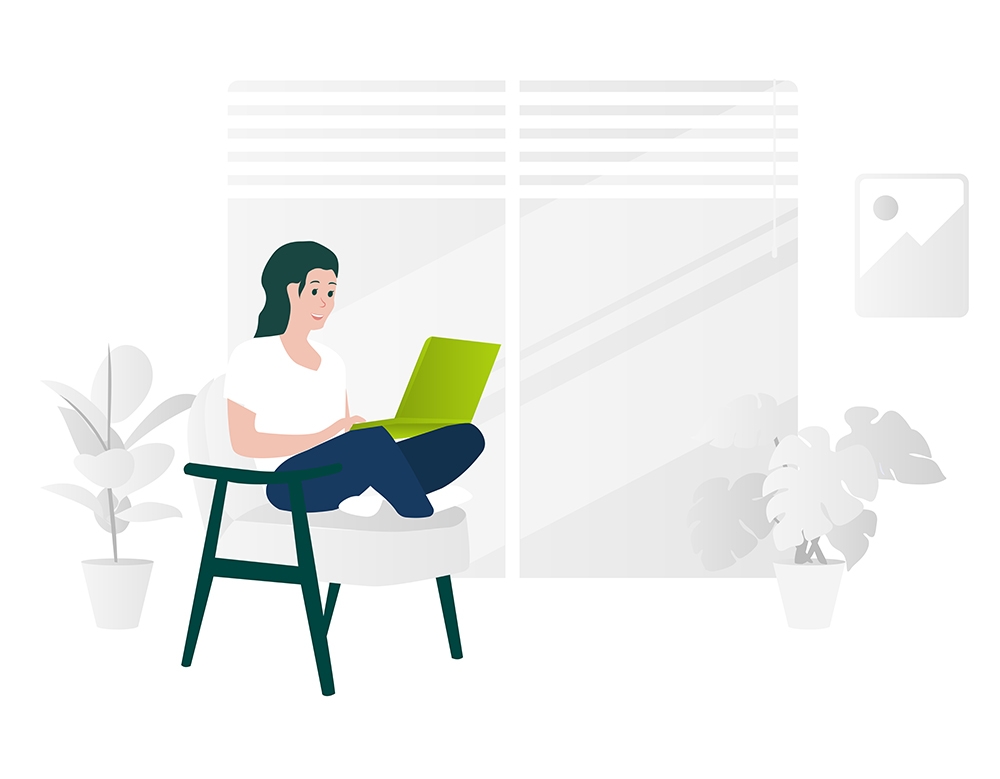 Since the beginning of the worldwide corona crisis , home office has been on everyone's lips. Even if many basic questions arise in terms of how to deal with a decentralized way of working and the distribution of the staff to countless micro-locations - the home office - also has advantages.

Thanks to digitalization and technical advances  such as VPN tunneling and the ever-increasing spread of broadband connections, the possibilities  for international teams working on a common project from different locations around the globe  are better than ever before. Even though many fundamental questions remain with regard to how to deal  with this way of working, both in terms of organization and corporate culture, , home office also has its advantages.

Many people imagine working in a home office as a dream come true. No commuting to the workplace, no traffic jams, no full buses and trains, no distraction by chatty colleagues etc. Working when and, in principle, also where you want – if the weather is  good  even in an ice cream parlour, for example. However the reality is different.  Surveys show that many employees – contrary to the fears that many managers have  – work longer and more intensively in the home office, take fewer breaks, exercise less … and so the dream of the home office can even have direct negative effects on fitness and health.

Even though the term home office has become commonplace in Germany, it would still be correct to speak of a mobile office if the employer does not determine  a fixed place of work.  Usually it only requires a laptop, a telephone and a data connection for work. For many business travellers and people who are on site (construction sites, hotels,  visiting clients  etc.), for example, the office consists only of a laptop and smartphone.

Four tips for the home office

Distractions are  the greatest danger in the home office.. At home self-discipline is required in order to avoid getting distracted. Here are four basic tips on how to manage your home office without sacrificing productivity.

1. Put in place a permanent workspace

Create a quiet working area where you can work undisturbed. Make it pleasant and attractive so that you feel comfortable and are not distracted. Avoid multifunctional rooms, depending on the space available, and  use the workstation or room only for office work. A study from 2010 showed that those participants who were able to freely design and decorate their workplace worked up to 32 percent more productively than those participants who were not allowed to do so.

Let’s do a test: Count to ten. Sure, easy. Name the first letters of the alphabet. You can do it  in your sleep, right? Now both at once: 1a, 2b, 3c, etc.  Many people come to a standstill at 6f or 7g at the latest and have to think hard. In other words, multitasking is just an illusion where we seem to be doing two things at once. We just jump back and forth between the two tasks (“count and spell” or “write and e-mail and file simultaneously”). The challenge: our way of working and our modern workplaces virtually force  us to multitask. There are several applications open on the screen at the same time, we read e-mails and  make phone calls at the same time and write a to-do list. This cannot be effective . In the short term, the body does release dopamine, a hormone of happiness, because we believe we have the many simultaneous  tasks under control. But in the long term our body reacts with stress symptoms. If we concentrate on one task, it may feel monotonous at first (because the dopamine rush is missing). But in reality we work more effectively and with more concentration. Just remember: monotasking is the new multitasking.

People often believe that they are most productive when they work all day without a break. But the opposite is true. A good rule is that 90 minutes of undisturbed work is followed by 10 to 15 minutes break. This is because, due to our brain wave activity, our attention level drops significantly after about 90 to 120 minutes. Tip: Relax or move during the breaks. Even if you simply do something else, other areas of the brain that were not previously occupied will be activated. So: play with your pet, go for a walk, do a breathing exercise or do short household chores.

It’s so tempting: Instead of wearing a suit or business clothes , many a “home office worker” likes to sit in a jogging suit or even in pyjamas in front of a laptop. Nobody can see. But it’s not sexy – and not only for others. You feel better and  work more professionally if the outfit is right. No one is asking you to sit in a suit in front of a computer screen. But a casual business  look is comfortable and creates less stress when a colleague or even your manager  asks you to video chat. “Dress for success” – the English phrase sums it up perfectly. Because even in the home office you can be a successful businessman or a tough businesswoman.