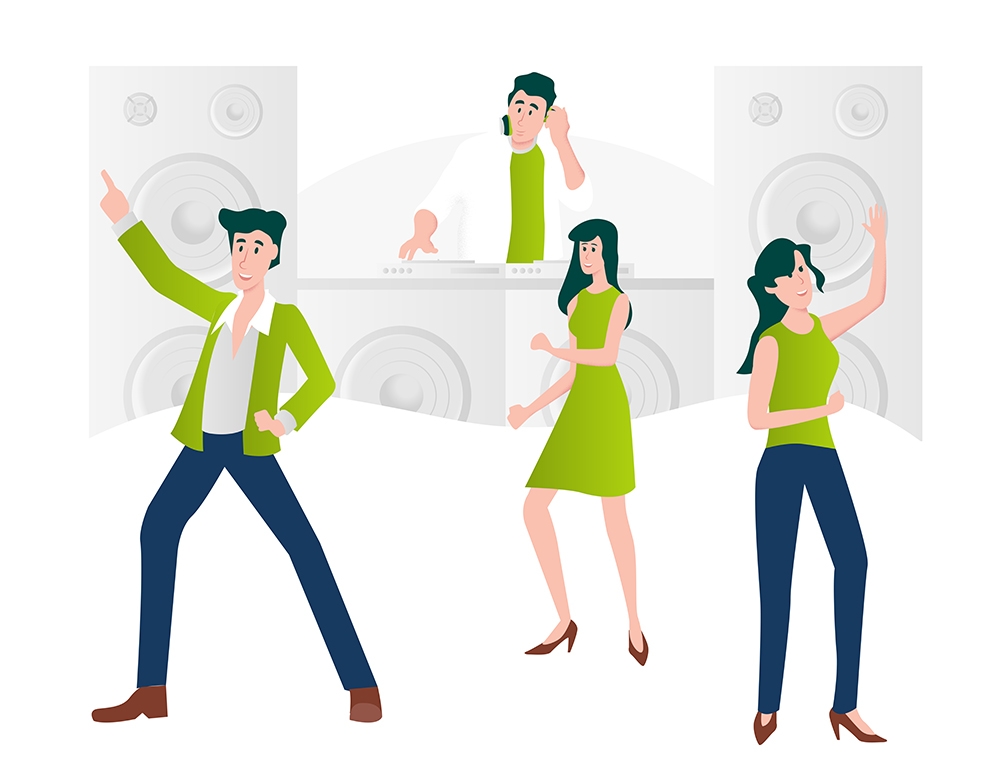 Since 1990, alcohol consumption has increased worldwide - by 70 percent! Of course, the worldwide population growth plays a role, but per capita consumption is also increasing. In this article we provide an overview and explain where the limits of the low-risk area lie.

In general, the Eastern European countries are far ahead in terms of alcohol consumption. The statistics also show regional differences – factors such as culture, religion, economic performance and health policy play a role here. The countries of North Africa and the Middle East have the lowest consumption. For years, the strongest growth rates have been recorded in the emerging economies such as India and China; growing prosperity is reflected not only in the increase in meat consumption but also in the consumption of more alcohol.

In countries where the level of prosperity is consistently high, alcohol consumption stagnates or even declines when health and drug prevention policies and health awareness promote the avoidance/limitation of alcoholic beverages. The World Health Organization (WHO) statistically attributes about 5 percent of deaths worldwide to alcohol. Typical diseases such as cirrhosis of the liver or mental disorders,  are favoured by alcohol consumption, but the latter also accounts for a large number of  traffic accidents as well as drink driving related deaths. According to the WHO, 3 million people (per year?) die worldwide as a result of alcohol consumption.

Alcohol consumption leads to long-term damage to the entire body

The temptation of alcohol is particularly strong among adolescents and young adults. Especially in groups, young people are easilyt empted to consume alcohol,  in some cases excessively  and this can quickly become a danger to life and limb.

How much alcohol is harmless?

Did you know that there are official recommendations as to how much beer, wine and spirits  per week causes only minor damage? According to these recommendations, adult men should consume a maximum of 120 grams and women no more than 70 grams of pure alcohol per week (source BZgA).  The Federal Central Office asks the following questions: “Do you drink alcohol regularly? Do you like to drink more than one or two glasses of beer or wine? If this is the case, then  your drinking behaviour exceeds  the low-risk range, which means that your body can suffer permanent damage from it”. The recommendation: “Whether you’re a man or a woman, you shouldn’t drink alcohol at all on at least two days a week.” A risky drinking habit much discussed in public is the so-called binge drinking or intoxication drinking. Binge drinking means that you drink four (applies to women) or five (applies to men) or more alcoholic beverages when you have a drinking opportunity.

If you drink until you are intoxicated – even if it is only occasionally – your risk of cardiovascular disease increases significantly. Drinking while intoxicated also increases the risk of stroke and cardiac arrhythmia.